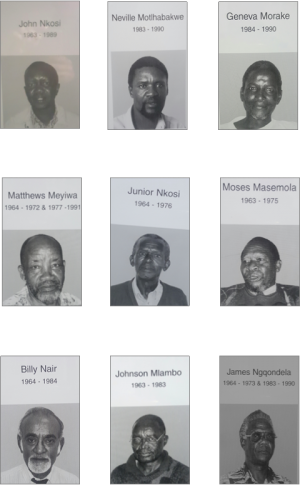 John the Baptiser heard the call to “prepare the way for the Lord”. His scriptural instructions were: to smooth the potholed path, to lower the mountainous path and to make straight the crooked path. Sounds like the construction business – road construction to be precise. This is difficult work – hot work – hard work – thankless work – anonymous work … and if you don’t believe me ask yourself when last you ever stopped to get to know and show appreciation for those who disturb the flow of traffic in order to reconstruct a highway or build a bridge?

On 5 December (the anniversary of Mandela’s death as well as Sobukwe’s birth) I spent the night on Robben Island. Pilgrimaging through the cells, I was struck by how many of the political prisoners I had never heard of. Some of them stayed on Robben Island even longer than Mandela! Truly the social con-struction business of preparing the way of the Lord – which is the way of justice, gentleness, generosity, truth, mercy, integrity, radical inclusion, etc. – is often a thankless and anonymous task that demands huge courage and deep humility.

All photographs are of political prisoners on Robben Island are photos of John the Baptiser with different names.