Earthlife-Africa Johannesburg (ELA) and the Southern African Faith Communities’ Environment Institute (SAFCEI) launched their nuclear court case against the South African government in October 2015 when they realised that the government was preparing for a nuclear power procurement deal in secret. The court case has been pivotal in exposing arrangements for government’s proposed R1-trillion nuclear deal that they believe was entered into unlawfully. Furthermore they believe the deal to be both unaffordable and unnecessary.

On the eve of Freedom Day the Western Cape High Court delivered its judgement in favour of ELA and SAFCEI. It declared the government nuclear plan as unconstitutional and therefore invalid because among other things it did not follow due process.

We owe ELA and SAFCEI a great deal of gratitude. They have saved us! They have saved us, and our children, from deathly debt. And because nuclear waste is extremely difficult to dispose of they have also saved the environment that we are dependent on. For example: the highly radio-active fission products produced from uranium and plutonium during reactor operations can have a half-life of anything between 220,000 years and 15.7 million years.

If you have met any of the people from ELA and SAFCEI you will know that they are very ordinary people. So ordinary that many of us don’t even know who any of them are. They have never made it onto a giant billboard and I am pretty sure that not one of them has ever been asked for their autograph like some TV personality or popular sportsperson because of their NGO work. I am also certain they have never been called Messiah or Anointed One. And yet in some real sense that is exactly who they are. They are people (the Bible would call them Angels or Saints or Anointed Ones) who have secured life (even temporarily) in a world determined to dish up death. Regardless of their religion (or lack thereof), in securing life, they follow in the footsteps of Jesus who came to bring Life in all its Wonder.

ELA and SAFCEI have helped roll the stone away exposing a deathly secret stench. Their work is like the Easter Earthquake we read about in Matthew 28 that releases us from our tombs that we may have another chance at choosing life. 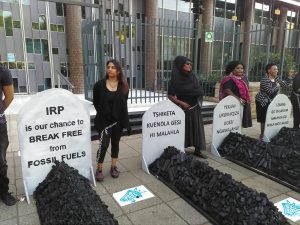 As Jesus lived out and Margaret Mead taught, we see again through this successful court action that we must “never doubt that a small group of thoughtful, committed citizens can change the world; indeed, it’s the only thing that ever has.”

If you are familiar with Fruit and Veg City in Roeland Street you will know that for years the immediate surroundings alongside the building were rather an eyesore. Strewn with litter, rubble, huge rocks and always with a horrible stench hovering. There were many complaints about the people who hung out there and the CCID were endlessly called to sort things out, but with no helpful affect. So then…

Who will move the stone/s away for new life to come?

In 2015 Jesse Laitinen, strategic partnership manager at Khulisa Social Solutions (KSS) began to plant the idea of addressing chronic homelessness on the streets of Cape Town through food gardening. The project is called Streetscapes and believes that enabling people to be productive and add value, addresses social problems much more effectively than welfare projects. 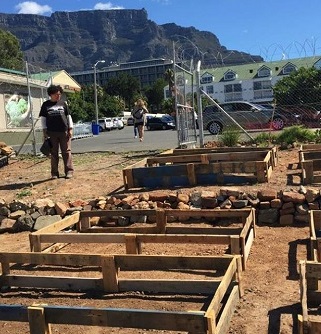 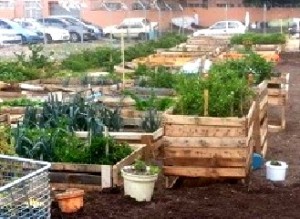 For the last five months, Rachel Harvey (who sits in a pew near you on a Sunday :-)!) has worked tirelessly in developing the site together with many, many hands – hands that were unemployed previously and ignored. Hands like those who have been on the streets for several years. Hands that love working in the garden saying, “Garden work is good for me. It brings me peace of mind. Though I am paid R1275 per month, I find it better than begging,” she said. And hands like those of Zamuxolo Masabalala, originally from the Eastern Cape, that have been without work since 2010. He said, “I was married, but we had a dispute and so I was kicked out of the house … I decided to be in the streets.” In his childhood, he used to garden, and thanks to the project, he is again using that experience.

The Department of Agriculture in the Western Cape is involved in kick-starting the project and the City of Cape Town pays small stipends to those working in the garden. Reliance Organic Compost helped too as did Michells Wholesale Nursery.

Last week a box containing 7.8 kgs of beautiful brinjals and 18 bunches of lovely leeks went to market to be sold.

Sounds like resurrection to me! Instead of the CCID removing the homeless people, the homeless people removed the rubble and rolled the stones away, bringing new life to the city. New life always comes through people who love people. To love people is to believe in people. To believe in people is to trust that every person is a gift longing to be appreciated and opened. 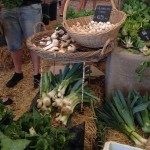 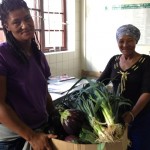 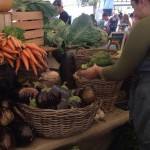 With gratitude for the “resurrectors” in our midst, Alan