AN EASTER REFLECTION OF PROMISE

Life goes beyond death, because life is called to life, not death. That is the plan of its creator. But life blossoms into full flower only in those who nurture life here on earth; in those who defend its rights, protect its dignity, and are even willing to accept death in their witness to it. Those who violate life, deprive others of life, and crucify the living, will remain seeds that fail to take root, buds that fail to open, and cocoons that are forever closed-in upon themselves. Their fate is absolute and total frustration.

All those who die like Jesus, sacrificing their lives out of love for the sake of a more dignified human life, will inherit life in all its fullness.  They are like grains of wheat, dying to produce life, being buried in the ground only to break through and grow. 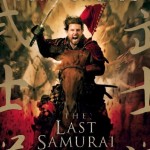 On the recommendation of a friend I watched the 2003 movie The Last Samurai the other day. The movie portrays an American officer whose personal and emotional conflicts bring him into contact with samurai warriors in the wake of the Meiji Restoration in 19th Century Japan. The film’s plot was inspired by the 1877 Satsuma Rebellion led by Saigo Takamori, and on the westernisation of Japan by colonial powers, though this is largely attributed to the United States in the film for American audiences.

As you might imagine it was a pretty violent movie and if you look it up on the web 99% of the images are of warriors charging off to battle. This is not what thrilled me about the movie.

What inspired me was the Christ-like figure. Her name was Taka the widow of the Samurai warrior killed by Algren the American officer. Taka was given the responsibility to care for Algren who had been wounded in the fatal fight with her husband. She nursed her husband’s killer back to health. A beautiful picture of Christ-like mercy. And in doing so she was able to heal Algren not only of his flesh wounds but also of his spiritual and psychological torment that lay in his depths too deep for hands to touch and words to address but which grace could reach and resurrect to new life.

It also struck me that Taka is hardly mentioned in any of the reviews — the focus is on the warriors that are played by the big box office actors like Tom Cruise. I would have to look up her real name. So it is with Christ. He more often than not comes to us unknown. His glory is not revealed through glitter and glamour but through humble acts of compassionate service. (By the way Samurai means “to serve”.) I pray that we will be given the eyes to recognise the Christ-figures in our lives and in our times.

The movie also beautifully depicted lives lived in devotion and discipline that were in harmony with the seasons and in joyful appreciation for the blossoms. Lives of simplicity and prayer are always going to be the soil in which Christ-likeness flowers.

Grace us with silence and stillness that we may bless others with mercy Oh Lord.