Where do we find answers on spirituality? On God? On how to live our lives? And should our traditional source of inspiration, as well as our longheld traditions be the only source?

What says Jesus on this question?

Geography was not the real reason Jesus travelled through the hostile land of Samaria. It was necessitated by something else, and, more importantly, it hold important lessons for how we should engage with our enemies.

“The Resurrection means that nothing is hopeless anymore!” – Nora Gallagher

Today we are called to stand face to face with the crucified Lord. Crucified because he refused to restrict his loving to the accepted contours of the socio, political, economic, cultural, religious and national interests of his day. He loved without fear and favour. This was too threatening for those who had a vested interest in the status quo and too disappointing for those who desired a violent overthrow of the status quo. Faced with the choice of limiting his loving or being killed — he chose to be killed and in his dying breaths he extended his love to new heights to include even his killers.

“We have gotten so used to the ultimate Christian fact — Jesus naked, stripped, crucified and risen — that we no longer see it for what it is: a summons to strip ourselves of earthly cares and worldly wisdom, all desire for human praise, greediness for any kind of comfort; a readiness to stand up and be counted as peacemakers in a violent world; a willingness to let go of those pretenses that would have us believe that we really aren’t worldly. Even the last rag we cling to — the self-flattery that suggests we are being humble when we disclaim any resemblance to Jesus Christ — even that rag has to go when we stand face to face with the crucified Lord.” Brennan Manning in The Signature of Jesus.

When we exclude people in the name of the Lord, we may be committing one of the greatest of all sins.

The primary purpose of Connections is to connect us to the way of Jesus.

Connections seeks to deepen our connection with God, with one another,  with ourselves and with creation around us and takes a fresh look at the Christian faith in the light of our present context. Connections will deepen our sense of belonging at CMM, and shape our life together in community. In so doing, Connections will connect us to the wounds of the world and equip us to compassionately care seeking healing and justice for all.

Join this 12 week journey – every Sunday evening from 7pm-9pm.

The weekly themes are as follows:

God’s Tears and our Suffering (6 March)

God’s Presence and our Prayer (13 March)

God’s Generosity and our Gratitude (10 April)

God’s Invitation to the World through Us (24 April)

Human beings can only go without water for about three days and even one day without water is tough! The same applies to our relationship with God — reminding us to drink daily from the multitude of means of grace given to us, not least the gifts of silence and prayer and reading of the Scriptures.

Equally it would be a health risk for us to think that we can last much past three days without connecting as Church. Church simply understood is Christ-centered Community.

For this reason I want to invite you to attend Wednesday Church.

The evenings will generally include a mixture of worship / teaching / discussion / coffee….from 7pm-9pm.

“What I Would Say to Osama bin Laden”

“What I Would Say to Osama bin Laden” A Zen monk Thich Nhat Hanh answers this question in an interview with Anne A. Simpkins on the 28th September 2001. During Wednesday Church we will be reflecting on his answer.

Thich Nhat Hanh is a Vietnamese monk in the Zen tradition, who worked tirelessly for peace during the Vietnam War, rebuilding villages destroyed by the hostilities. Following an anti-war lecture tour in the United States, he was not allowed back in his country and settled in France. In 1967, he was nominated by the Reverend Martin Luther King, Jr., for the Nobel Peace Prize. He is now internationally known for his teaching and writing on mindfulness, and for his work related to “socially engaged Buddhism,” a call to social action based on Buddhist principles. Thay, as he is affectionately called by his followers, shared his thoughts on how America should respond to the terrorist attacks.

Join in the discussion of about these three simple rules that when taken seriously promise to turn our lives and world up-side-down.
Do No Harm
Do Good
Stay in Love with God

The starting point of our weekly discussions will be from Rueben Job’s book entitled: Three Simple Rules – A Wesleyan Way of Living.

16 March We reflect on Japan

Wednesday Church will be dedicated to prayer and reflection in response to the earthquake and tsunami in Japan. We will be looking at questions like “Why do these things happen if God is all-loving and all-powerful?” And “Why pray?” 7pm in the Sanctuary.

The First Wednesday Church (26 January) we will be reflecting on the covenant commitment.

Central Methodist Mission is a City Church committed to Jesus Christ. We have been called out of division into community and seek to bring wholeness to each other and the world.

1.     We will be an authentic Christian community:

2.     We will be a welcoming community where we can feel free to work through our struggles and issues without judgment or manipulation

3.     We will encourage people to become followers of Jesus Christ by providing:

4.     We will actively seek God’s call on our lives and equip each other to live out this call in the church and the world

5.     We will provide pastoral care for each other and particularly for those with special needs

6.     We will continue to challenge social structures and values which cause injustice and suffering and we will seek to bring healing through a commitment to servanthood in our daily lives

7.     We will actively reach out to the wider community in order to introduce people to a relationship with Jesus and the family of God 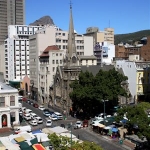 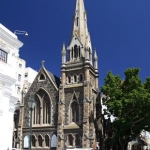 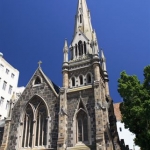 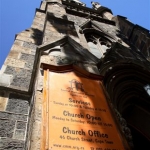 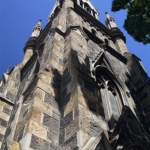 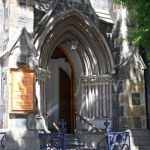 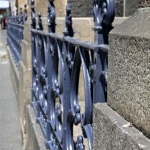 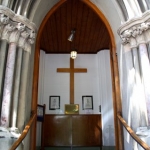 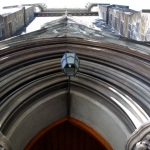 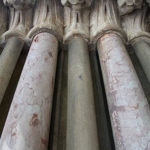 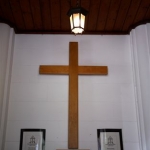 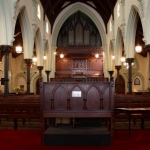 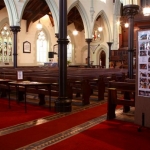 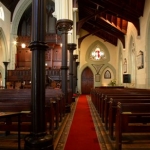 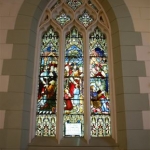 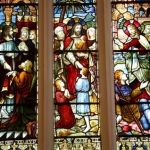 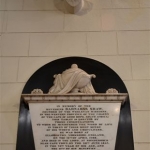 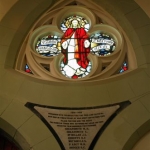 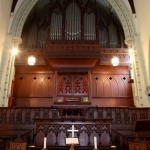 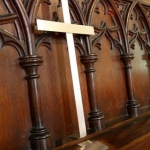 This year during LENT we have listened to some of the most beautiful and meaningful stories of people connecting with Jesus. Nicodemus who realised God’s power was in Jesus, the renegade rabbi — the Samaritan Women who came to a thirsty “stranger” at a well — a blind guy who only found out who Jesus was after he was kicked out of church, and Lazarus who laughed at death all the way out of the tomb. Each of these recordings comes from John’s gospel.

For some reason John refers to the Judean religious authorities as “The Jews”, this is especially the case in the latter two stories. This title is confusing and less than helpful for a number of reasons.

First, it fails to make the distinction between the ordinary people and the religious leaders. Second, with today’s post-holocaust-ears it sounds very anti-Semitic. Third, this tempts us to say “it was them and not us who crucified Jesus.” Fourth, it almost suggests that Jesus himself was not a Jew!

Let us remember that every character from each segment of the Crucifixion story exists within each one of us. The deserting disciples, threatened leaders, betraying Judas, denying Peter, wailing women, steadfast women, obedient soldiers … we killed Jesus not them!  Paradoxically only when we can admit that we are guilty are we set free.