Nieu-Bethesda is a small village in the Eastern Cape beneath the southern foothills of the exquisite Sneeuberge about 50 km from Graaff-Reinet. I went there to visit the home – now museum – of the remarkable artist Helen Martins – known as The Owl House. During the last 30 years of her life she transformed her home into a kaleidoscope of glittering colour and with the help of Koos Malgas transformed her yard into a landscape crowded with over 300 pieces of sculpture known as the Camel Yard. The misunderstood and often shunned Martins died in 1976 at age 78 and yet now the once outsider is the one who calls people from all round the world to visit. 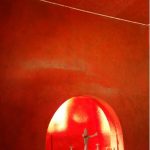 As the sun (Martins’ faithful friend and co-performing-artist) triangled in through the windows, the walls of her reclusive rooms shimmered. The red painted walls burst into flame as the sunlight polished the finely crushed glass that Martins had mixed into the paint. The green ceilings were like dew dazzling meadows – as if Martins had turned the world upside down – boldly declaring: “look up and see the grass”. Her home is called The Owl House because of the many owl sculptures perched here there and everywhere, ever-watching through their round-wine-bottled-eyes. However, I would have called the house The Cantata of Colour or Ode to the Sunlight.

The Camel Yard is equally under-named and I am sure the many sculptured camels would agree. For the camels together with the other sculptures of animals and persons do not exist for themselves. Though they draw our attention they do not seek our attention. They refuse to be the focus. Rather, our focus is to follow their focus. John-the-Baptist-like they point beyond themselves to another. Their procession of praise is pointed to a nativity scene and then beyond – yes we are not to stop with a baby Jesus. Happy to mix her religions as she did her paints, the procession of praise is directed to Mecca with a smiling Buddha also enjoying the journey. 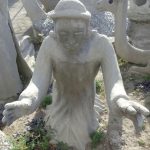 The still cement creations moved me by the way they themselves seemed to move. It can’t be explained, only felt. What could be “deader” than hardened cement – and yet once it has passed through the artist’s hands it is resurrected to live forevermore – alive with changing expressions throughout the day, as the sun clothes and undresses their sculptured bodies. Speaking of hands, they reach out to one from everywhere in the yard – cupped hands, open hands, outstretched hands, lifted-up hands, pointing hands, staff-holding hands, prayerful hands, questioning hands, ponder- ing hands, offering hands, asking hands … but all in the process and purpose of praise which is at one and the same time a protest against the dark confinements of her time.

Terry Tempest Williams writes:
“Awe is the moment when ego surrenders to wonder.”

This is exactly what I felt happen inside of me while caught up in the procession of praise. The ego surrenders and the cynic submits.

We gather here today to orientate our living to Praise. May it be so. 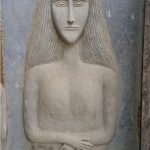 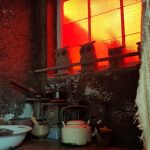 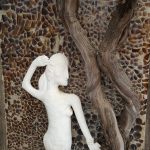 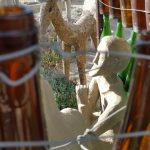 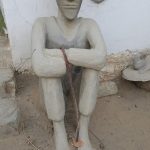 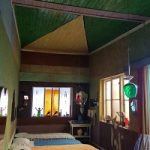 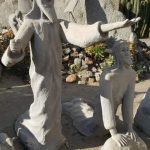 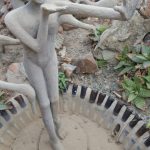 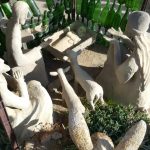 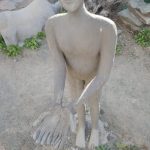