Themba Mntambo – minister at CMM from 2004 until 2008 – paid the following tribute to Roy. 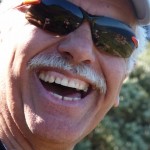 Roy Smith, one of the best human beings I have ever met in my life. A person with a deep understanding of human life, its weakness and frailty, its feebleness and fickleness, its darkness and ugliness. Yet never ever dwelt on those. He chose to see the other side; strength and boldness, resilience and fortitude, light and glory. With Roy, every human being deserved respect, dignity, love and care. He would not bow and scrape to power and authority, he would honour and respect those who had it, but more than that, he would rather bow and scrape to those who did not have it, so that they may, for those moments he met them and they met him, feel just as powerful, just as strong as those who already had it.

He would walk across to me every Sunday and say “the view was great on Chapman’s Peak this morning”, inviting me to join him in cycling. Much as I tried to ignore him, he persisted until I bought a bike and started cycling – I can remember, I can almost see the light on his face when I let him know that I had bought a bike, the helmet, the top and shorts. He invited me to join him “on the road”. Then I called him “coach”. He was there with me, giving me tips, guiding me through traffic, always encouraging and helpful, certainly enjoying time on the road, side by side with his own convert to cycling.

He walked across to me one Sunday and declared “we need to have a singing group together”. So we got together, a small group of men to sing: When I survey the wondrous cross (the Welsh version), Ntyilo, Ntyilo (a South African Jazz song), Maria (from West Side Story), Roy was the leader, the coach, always encouraging, always inspiring, giving and sharing his gifts and talents. We sang well because Roy led us well.

He walked across to me, every Sunday, “that was a great sermon, thank you…” Even when I knew it was not so great, he knew that I tried my best. For him it was not so much the perfect end product that was important, it was the great effort put into the task that impressed him most. After such affirmation and encouragement, would anyone not seek to do better, would anyone wish to let him down? No, no one wanted to let him down. I knew where he and Rae sat on Sundays; right at the back or thereabouts. One could cast one’s eye in that direction and there he was, listening intently, in order to find something in what the preacher said that would enable him to say “that was a great sermon, thank you”.

I was his pastor, he was my friend. He had a great sense of humour, he could laugh; he never laughed at people, he laughed with people. He loved his family, was proud of all of them. Rae, he was all these things to me, I know he was much more to you; he was everything! You were everything to him too! He would walk across to me and say’ “Rae baked some bread yesterday; you must come over and taste her bread”. I did one day, and I never stopped asking for your bread… You were the perfect hostess in your home, he was the perfect host. Together you made everyone in your home the perfect guest. We will miss Roy; I know you will miss him more. I pray that you will know God’s comfort and love at this time. Post Tenebras Lux (After darkness, light).