As Anna Quindlen writes: “Acts of bravery don’t always take place on battlefields. They can take place in your heart, when you have the courage to honor your character, your intellect, your inclinations, and yes, your soul by listening to its clear, clear voice of direction instead of following the muddied message of a timid world.”.

One such brave person in our land is Advocate Thuli Madonsela, the Public Protector. Amanda Khoza from News24 reports about Madonsela’s keynote address on Women’s Month at the University of KwaZulu-Natal:

“Women and female animals are the most vicious when you threaten what they love,” said Public Protector Thuli Madonsela, responding to questions about how she handles the constant barrage of attacks from politicians. “Just threaten a woman’s child or an elephant’s offspring and you will see fire… I understand that sometimes humans kick because they are afraid. So when they kick me, I know that they are doing the best that they can and the driving force is fear… Instead of being angry at them, I just have compassion and hope that they will stop being fearful and instead act from a position of power…” 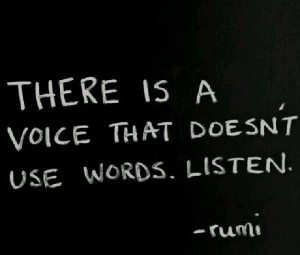 “When somebody starts insulting you, just know that you have won and that they are surrendering their power to you. It is the same thing when people stop discussing the issue at hand and start discussing you. They do it in soccer when the player starts playing the man instead of the ball, it is because they are desperate and they are losing the game.” 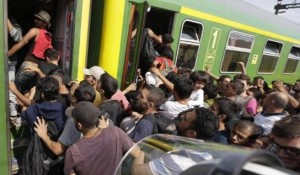 A friend texted me while he was en route to Hungary by train to compete in the Canoeing Marathon World Championship: “On a train loaded to the gills with Syrian refugees.”.

This is an amazing parable of life. We’re all on the same train. Maybe even in the same compartment. But can we really speak of being on the same train? Some of us are on the train living a dream while others are experiencing a nightmare.