As a kid I was always amazed and puzzled and intrigued by the fact that the word ‘ONE’ was pronounced exactly the same way as the word ‘WON’. I mean how does that even work? Who agreed that this was possible? How does the letter ‘O’ take on the sound of the letter ‘W’ without changing shape? Is it playing a magical mystical game of twister with our tongues?

I went through primary school repeatedly embarrassed because I didn’t know which one/won to use, when someone won/one. As the years passed I have noticed that these two words continue to be mixed up. Not in a primary school grammatical sense, but rather in a relational and religious sense. 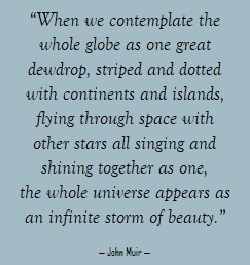 Marriage is sometimes described as two people becoming ‘ONE’ flesh. Sadly some couples become ‘WON’ instead. This occurs when the people involved obsess about keeping score. From counting how many times they have done the washing-up to counting who last paid for dinner. Keeping score is tiring. All the while forgetting that they are a team and that to score a goal against your partner is an own goal. In other words winning is losing.

The mixing up of ‘ONE’ and ‘WON’ also plays out in religion. Sadly much of religion is about how to secure the winning edge in life rather than how to embrace the all-embracing truth of our unity with all of creation. Prayer has been reduced to an insurance policy for safety and an investment policy for success, rather than a pool of loving assurance which we are invited to submerge ourselves in to be washed clean of all the stains of separateness that keep us from realising our oneness with all. As Jesus prayed: “…so that they may be one, as we are one … that they may all be one. As you, Father, are in me and I am in you, may they also be in us…” John 17: 11, 21. And here is the good news that when we realise we are all ‘ONE’ it is impossible to ever lose, so one never has to ever pray to win.

“Take a course in good water and air;
and in the eternal youth of Nature
you may renew your own.
Go quietly, alone; no harm will befall you.”