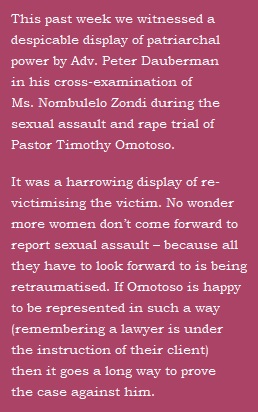 Over the past two weeks we have reflected on the radical resistance story found in the book of Esther. We tasted early on that it is marinated in masculine entitlement and further sauced with religious, cultural, ethical and nationalistic supremacy. If we are honest, much of Scripture is marinated and sauced with both – and many since have sought to justify both as the will of God because of their prominence in scripture. Yet if we take our cue from Jesus, we will notice how he constantly subverted the marinade and sauce of the dominant class – choosing rather to salt it with a flavouring of those considered the least and lowly and left out to specifically remind us that God has no favourites.

The Psalms – as beautiful as they sound are very often extremely violent and patriarchal – perpetuating a false understanding of God that Jesus came to correct. According to Jesus God is not violent, but vulnerable. God’s purpose is to gently restore rather than vengefully destroy.

One of my favourite authors who is able to re-salt the scriptures in this Jesus-like-way is Nan Merrill. In her translation of the Psalms she replaces the militaristic patriarchy with profoundly beautiful images that remind us that our real enemy is fear within rather than foes without. This enemy within is only ever defeated through acceptance and love for only “love can cast out fear”. Here is her translation of Psalm 91 (in part):

Those who dwell in the shelter of
Infinite Light,
Who abide in the wings of
Infinite Love,
Will raise their voices in praise:
“My refuge and my strength;
In You alone will I trust.”
For You deliver me from the webs
of fear,
from all that separates and divides;
You protect me as an eagle shields
its young,
Your faithfulness is sure, like
an arrow set upon the mark.
I will not fear the shadows of the night,
nor the confusion that comes
by day,
Nor the dreams that awaken me from
sleep,
nor the daily changes that
life brings.

Though a thousand may deride this
radical trust,
ten thousand laugh as I seek
to do your Will,
Yet will I surrender myself to You,
abandoning myself into your Hands
without reserve.

In the tower of Central Methodist Mission in Cape Town there is a massive bell weighing three-and-a-half tons. For safety reasons it has not pealed since the Jubilee of Queen Victoria in 1887. It was silenced because, when it rang, it shook the foundation stones of the Church and surrounding buildings and consequently threatened their structure. It is now known as the “Silent Bell”.

The Silent Bell is a parable of the church over the centuries. As the church, we are a massive bell that is able to sound across this nation and world, like no other. Truly, there is not a single organisation or institution in the world that exists as we do – everywhere. We have branches in the poorest informal settlements, the most remote rural areas, the biggest cities and wealthiest suburbs. Yet, over the last 2 000 years, we have been largely silent in promoting equality between women and men. Perhaps this is because we know that sounding such a massive bell would not only threaten the structures of society, but would also threaten the very foundations of the male-dominant structures of the church itself.

And, when we have not remained silent, we have all too often spoken in the tone of male patriarchy. The exclusive use of male pronouns when referring to God, mistakenly teaches us that God is male. If God is male then male is God, and if male is God then male is superior. This false sense of superiority is the canvas upon which much women abuse is painted. As men, some of the only Scriptures we know by heart are those that seem to validate this false sense of superiority over women: Eve is jokingly blamed for the fallen state of the world; women should keep quiet during worship; fathers are the head of the household; and wives should submit to their husbands. Some of these Scriptures don’t mean what they seem to mean on the surface and it is convenient not to contextualise them. Some Scriptures do mean exactly what they appear to mean, and yet we have not been brave enough to categorically detach ourselves from them, with God’s precious image.

Women have often been told from the pulpit to “go back and forgive your abusive partner” because the bible says you must forgive, even up to “70×7”. But nowhere in the bible is anyone told to tolerate abuse. To forgive abuse does not mean one should ever have to tolerate its occurrence, or the conditions that make it possible. Nor is forgiveness to be confused with reconciliation. Reconciliation will always require forgiveness, but forgiveness need not conclude reconciliation. Sometimes the journey of forgiveness includes moving on and not returning to how things were before the abuse.

There is a temptation to think that neither the victims of rape, nor the perpetrators of violence against women, are in our places of worship. Yet, they sometimes even sit side by side in our pews week after week. The shame of being abused by one who says “I love you” is enormous. This shame has the power to silence. It is therefore imperative for every religious institution to join the Ring the Bell campaign and, in doing so, to break their silence. Ring the Bell is a global initiative that calls for action from individuals, organisations, and institutions – such as the church. It calls for us to speak out, to sound the bell, when we see and hear violence against women. This means ringing our bells and shaking the foundation that supports the false narrative of superiority and subservience which lies at the heart of gender inequality. We could begin by confessing how our silence and patriarchal tone continues to contribute to the endemic violence by men against women. This confession is long overdue.

On International Women’s Day, 8 March, the Central Methodist Mission hoisted a massive yellow banner up our bell tower in solidarity with all women who have been violated by men. It reads: “Women and men are equal in God’s eyes. So… in whose name do men rape?” We hope people hear it ring.