Christ is crucified again and again … and again

On this Crucifying Friday we gather to remember Jesus’ Crucifixion that took place long ago … and as we do we gather to name and engage the crucifixions of our time. Christ is crucified again and again … and again! We know this because Jesus himself said: “What you do to the least of these you do to me.”

Jesus’ Crucifixion 2000 years ago is to be for us a lens that enables us to see clearly how crucifixion today. This is true all over the world: from the gassed children and bombed out buildings of Syria; to the fleeing families of Sudan; to the seedless farmers of India; to the grieving Coptics of Egypt; to the walled-in Palestinians of Gaza and to the humanity denying inequality of our own land.

If Jesus’ Crucifixion recorded in the gospels does not illuminate the crucifixions recorded in our newspapers each and every day then we are denying the Crucifixion of old by the way we remember it.

In this crucifying light of Christ, please read the crucifying story of Nathaniel ‘Tenni’ Davids who died at 2:40pm on 24th March … another crucifying Friday. 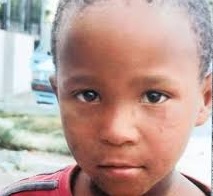 Cape Town — The mother of a 12-year-old boy who was found hanging from a fence at a Cape Flats train station believes he was brutally beaten and then murdered. Police who discovered the body of little Nathaniel “Tenni’” Davids said he had committed suicide. But his family says the child’s “hands and feet were tied up”, and he had a noose tied around his neck.

He was found dangling from a vibracete fence near Netreg Station on Friday just after 2:40pm by police who were on patrol. Cops have since opened an inquest docket into his death. But some Bonteheuwel residents believe the death may be gang-related. Ward councillor Angus McKenzie says messages circulating on the social chat group Outoilet, which claim Nathaniel had been murdered, have been handed over to the police. “It is all speculation at this stage that there is gang involvement, it is all based on messages which were received from residents,” he adds.

Nathaniel, who was in Grade 5 at Bramble Way Primary School in Bonteheuwel, was last seen on his way to a nearby shop to buy biscuits. His distraught mother, Louise Davids, 43, and aunt Diana Davids, 47, say the little boy did not attend school on Friday. “He was playing with his ball and his dog, Tessa, in the street the whole morning,” says Louise. “It was just before 2pm when I sent him to buy wafers.” “A man who had come from work stopped at our home and asked us what Nathaniel had been wearing.” “We said he had on a green sweater, Nike takkies and a tracksuit pants.” “He said a boy who was hanging at the station wore that kind of clothing.” The women rushed to the scene, but were not allowed to view the boy’s body, which police had covered with a white sheet.

Police spokesperson Captain FC van Wyk confirms an inquest docket has been opened for investigation and that a post-mortem will be conducted to determine the cause of death. While police don’t suspect foul play, Louise believes her son had been murdered. “I don’t care what the people are saying on the outside. I believe this is murder and God doesn’t sleep,” the heartbroken mother of four says. “My child’s hands and feet were tied with the string you find on a keyring (lanyard), and that was also around his neck. “You tell me how is it possible that he could hang himself when there was nothing underneath his feet and how could he do it if his feet and hands were tied?”

Diana admits Nathaniel was no angel, but says he was not a gangster: “No child in this house belongs to a gang, (but) he was stout (naughty), yes.”