Titus Masika lives in the small village of Yatta in Ukambani in Eastern Kenya. The Yatta catchment area is a semi-arid area and long considered to be one of the poorest in Kenya.

Between the years 2000-2005 he began a process of reflection over the plight of Africa and the people of Ukambani.

“My Kamba community was caught in the web of stagnation. We have become reliant on relief food, and political contestations were often around who would supply food in order to get our votes. We had become reliant on rain-fed agriculture and the erratic nature of rainfall had closed our eyes to new possibilities.”

As a priest, people from the village would often ask Masika to pray for rain. They would also question him on why God had not blessed them with enough rain. “Was God or the spirits punishing them?” – they would ask. Masika’s reply was that God does send us enough rain but the problem is that we fail to catch it.

So at the heart of Masika’s transformation plan was to “catch” or harvest the little rain that did fall by building numerous dams. Perhaps ‘dam’ is too big or deep a word to use. We are talking swimming pool size holes in the ground – that could be easily dug out by a family using picks and spades. Some that were built through the collective effort of the whole community were a little larger.

The first to embrace this idea of ‘catching’ the rain were the elderly women of the community. “We believed that we could do it ourselves through the merry-go-round approach, we went around each homestead assisting one another to dig up water pans. Slowly we moved from digging a few earth dams to more than 3000 water dams in 4 years.”

The number of women involved in the project had also grown from 45 to around 3000 of all ages from all over Yatta. The dams became a stable source of irrigation.

“These dams have made it possible for us to plant and harvest and sell crops all year round. We have enough food to eat and extra to sell and earn a decent income. Our crops include: sweet potatoes, pumpkins, cassava, watermelon, mangoes, paw-paw, sunflower among many others…” 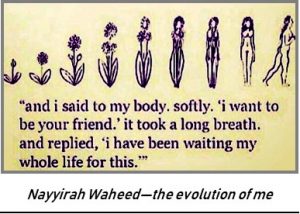 From an impoverished semi-arid region to an all year round provider of a rich variety of food, is a story in the biblical class of water into wine.

In the last week we were told that “Day Zero” has been pushed out even further – now in July. I wonder if we are not witnessing the biblical promise of abundance that takes place when those who have much (too much!) faithfully fast which enables there to be enough for all. The water through our taps will continue to flow like an eternal spring as long as we take only what we need. Need and not want. Need and not greed! This is another form of the merry-go-round approach. A fasting so all may have enough. This is what Lent is all about.