Grace and Peace to you …

Last week we were in Namaqualand. Oh what a beautiful beloved country is ours. The never-ending landscape was breathtaking. Rugged rocks pronounced their presence as they punctuated the hard, dry ground forming lookout points to see further of the same. The earth was dusty, dry and hard. Dusty and dry from drought and over-grazing. Even the water was hard.

Adjacent to our Synod venue there was an outside art display created by some of the children from the local Methodist Church. Simple signs planted into the dry, hard earth. One read: “Sê vir God dankie. Hy meet nie genade in teelepels af nie.” (Say to God thank you. God does not hand out grace in teaspoons.)

Talking about teaspoons and drought … read these despairing and hopeful words by J.M. Coetzee in his novel Life and Times of Michael K:

“And if the old man climbed out of the cart and stretched himself (things were gathering pace now) and looked at where the pump had been that the soldiers had blown up so that nothing should be left standing, and complained saying, ‘What are we going to do about water?’, he, Michael K. would produce a teaspoon from his pocket, a teaspoon and a long roll of string. He would clear the rubble from the mouth of the shaft, he would bend the handle of the teaspoon in a loop and tie the string to it, he would lower it down the shaft deep into the earth, and when he brought it up there would be water in the bowl of the spoon; and in that way, he would say, one can live.” 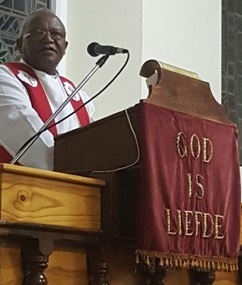 “I received the news of my re-election whilst I was in Namaqualand, the first station among the indigenous people in our Connexion. The Superintendent Minister of the Namaqualand Mission, Rev. Sammy Muller said these words in response: “You are re-elected from the womb of Methodism in Southern Africa, and we are therefore happy to ‘deliver’ you to the world.” I am grateful to you as Methodist people for your faith in God that God can use even me in this ministry. Your affirmation and encouragement serves as an impetus for me to strive to serve you even better. For this I will need your continued prayers and support. May I be quick to say that prayers must not only be for me, but for all of us as we strive to be a “transforming discipleship movement, TOGETHER.” Be assured of my prayers especially for those who are at the coalface of things at the local level, because that is where significant service takes place.

I accept this call to serve with deep humility, trusting in the grace of the One who called all of us to follow towards the vision of a ‘Christ Healed Africa for the Healing of the Nations.’” (MCSA Ministers’ Monthly Newsletter) 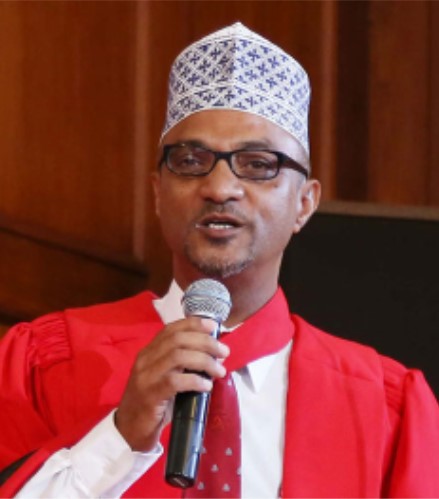 It is such a great privilege to have Imam Rashied Omar share the Word with us today. Rashied is a friend and colleague from whom I have learnt much. He has been the Imam of the Claremont Main Road Mosque since 1986. The Claremont Main Road Mosque (CMRM) was established in 1854 and is the sixth oldest mosque in South Africa. It was the second mosque to be built outside the Bo-Kaap. The mosque played a prominent role in the anti-apartheid struggle during the 1980s. This legacy continues to define the role of CMRM as socially responsive in the post-apartheid period.